The kind folks at The Korean Quarterly have printed an essay of mine in their summer issue.  In case you aren’t familiar with the publication, here’s a primer:

Even though they have a presence on the internet, they publish their quarterly on newsprint only.  You know, newsprint — that thing that we wrapped fish in, crumpled to pack boxes, and also read occasionally.

But since we live in modern times and since you cannot actually read my essay unless you subscribe to The Korean Quarterly, here it is, from paper to smartphone to Dropbox to my website.  I suggest you click on the graphic in order to read it, since the type’s gonna be too tiny to read as is.

[FYI, it’s about my mom and her Volkswagen Beetle] 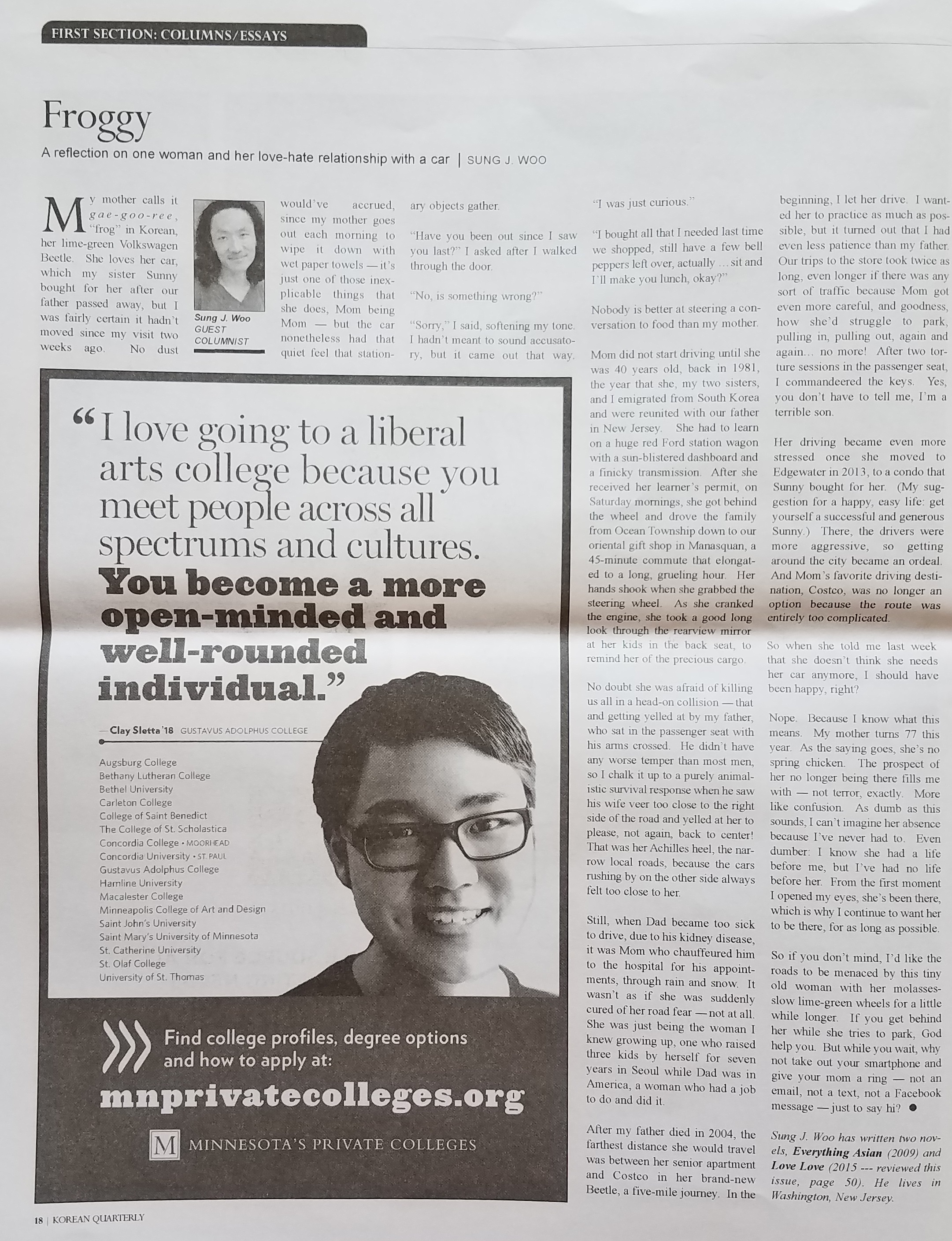